Hengtong Cable Australia (HCA) has been awarded the supply of 132km of 33kV cable to the Bulgana Wind Farm.

The Bulgana Green Power Hub is a 194MW renewable electricity project and comprises approximately 7500 hectares of private freehold land and will consist of up to 56 turbines and is located in the Wimmera region of central-western Victoria, approximately 200km northwest of Melbourne and 11km north-east of Stawell

The Power Hub will generate more than 750,000 MWh of clean, renewable electricity into the national power grid each year, thereby making a major contribution to Australia’s greenhouse gas emissions reduction. This reduction will be equivalent to taking either 230,000 cars off the road or planting 1.2 million trees, producing enough electricity to power approximately 130,000 homes with renewable energy. 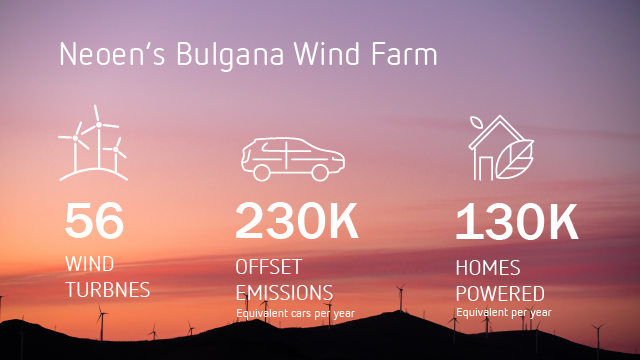