In the middle of 2020, Hengtong keeps receiving surprises from CablesCom, its Spanish subsidiary.

Good news arrived from Zaragoza firstly in the form of a Chinese-subtitled video shot by CablesComers, who, with various tough and touching scenarios recorded during the anti-Covid struggling period, told the headquarters proudly that that period was over and it’s time to usher in a new phase. 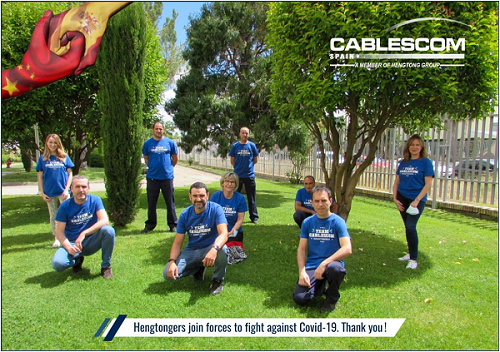 Not until having watched the video can one understand how hard it was to restore normality in a country which was once the second severely hit by the pandemic in the world. CablesCom made it thanks to her preparedness and immediate response. During the historical lockdown, the company, with the nod of the authorities, kept running to provide essential communication products. On the other hand, ZERO infection was achieved among some 250 employees.

As Hengtongers, they are wired of innovation. 3-D printing and thermo-camera were pitched in, among other things, to provide anti-Covid solutions in a pioneering manner. Artisanship also manifested itself in the form of handmade face-shields.

They were not fighting alone, but having the headquarters behind them. In this exceptional time, the Chinese and Spanish companies shook hands, joined hands and took on the challenges together.

Three months later, CablesCom was certified “SAFE Company Against Covid-19” by SPMAS, a benchmark in Preventive Matters in Aragon with 42-year experience in conventional risk prevention and relief.

Good news continues with an acknowledge letter from the Madrid Mayor’s Office to CablesCom for her contribution of communication supplies to field hospitals. CSR—that’s the imperative character Hengtongers bring along wherever they are.

But the surprises haven’t yet reached the peak until the last day of June, when Hengtong IBG received a huge box from overseas. Opened, it triggered screaming as letters, T-shirts, masks and photos from and of CablesComers were demonstrating themselves across the board. They were gifts to the Chinese colleagues in recognition of the assistance and courage channeled to Zaragoza during the past months. 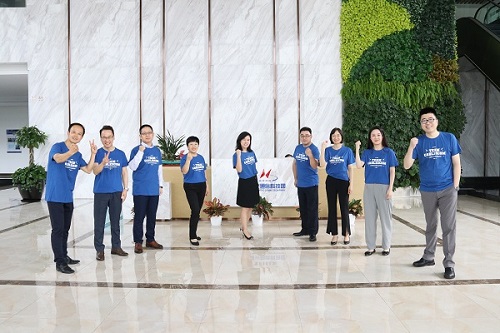 Doubtless, Hengtong is a big family and a global team. Together we stand and remove difficulties. While Europe has turned the corner and CablesCom in Spain, Alcobre in Portugal and j-fiber Hengtong in Germany have restored normality, other Hengtongs haven’t yet. In South Africa, India, Brazil, case is still grim. Backed by the headquarters, they have taken over the relay baton for the final success.